Meet the experienced and friendly doctors who make Vine Vision the leading provider of vision care products and services in Southwest Georgia. 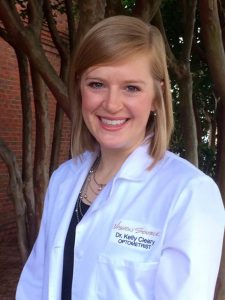 Dr. Cleary is married to her high school sweetheart, Ben Cleary, who works at Keystone Foods in Camilla. They attend Greenbriar Church and enjoy working in the yard, snow skiing, and cheering on the Dawgs every football season.
The Clearys feel blessed to call Albany their home, and Dr. Cleary is very excited to provide eye care to the wonderful residents of Southwest Georgia. 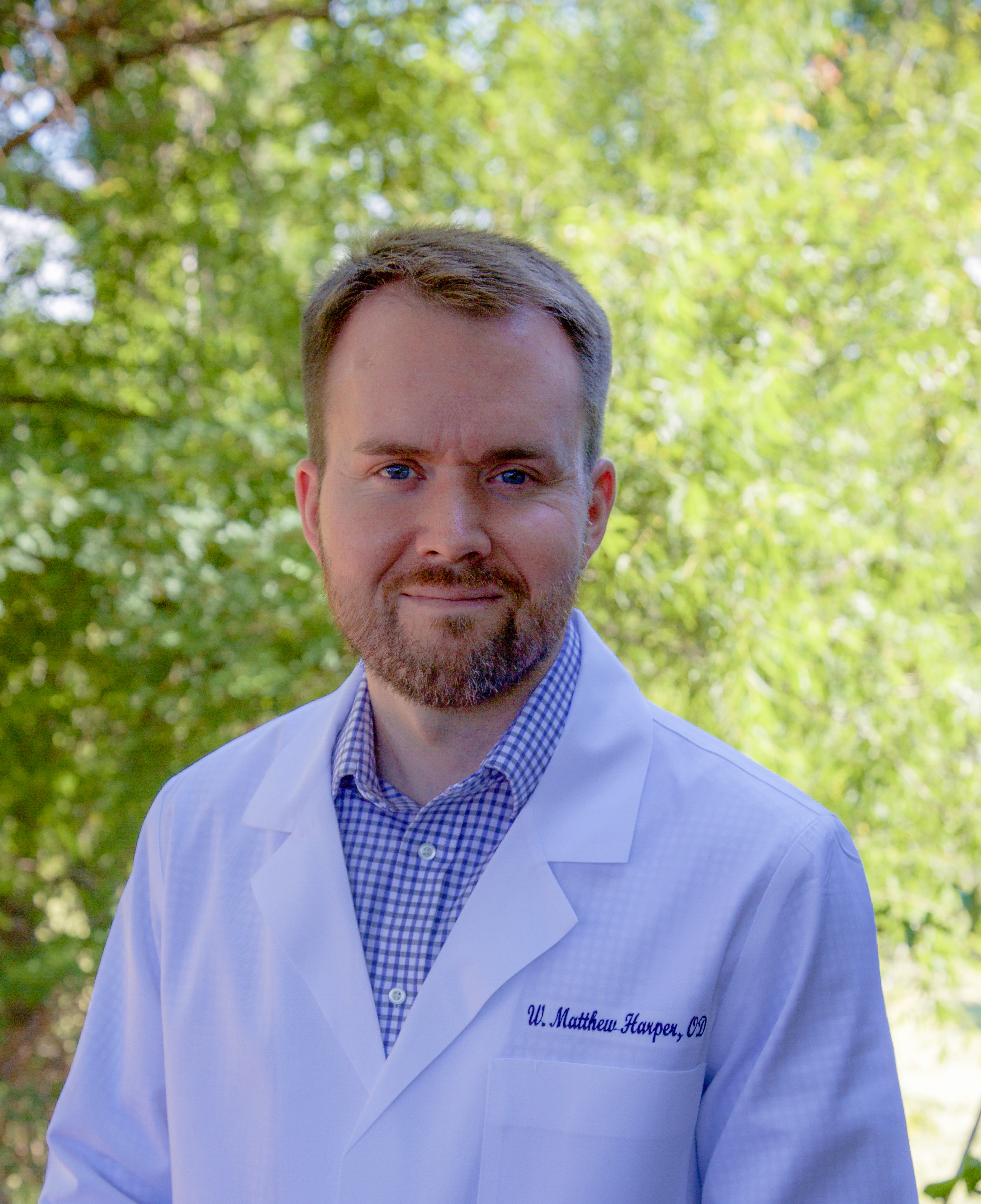 Dr. Matt Harper joined Albany Eye Care in 2009 after earning his Doctor of Optometry at University of Alabama School of Optometry. Before earning his doctorate, Dr. Harper attended Valdosta State University where he received his Bachelor’s of Science in biology. Following completion of the doctorate program at UAB, Dr. Harper received further residency training in ocular disease at W.W. Hastings Indian Hospital in Tahlequah, Oklahoma, before moving home to south Georgia. Dr. Harper concentrates his vision care on ocular disease, contact lens care, and pediatrics. He is an active member of the American Optometric Association and the Georgia Optometric Association. 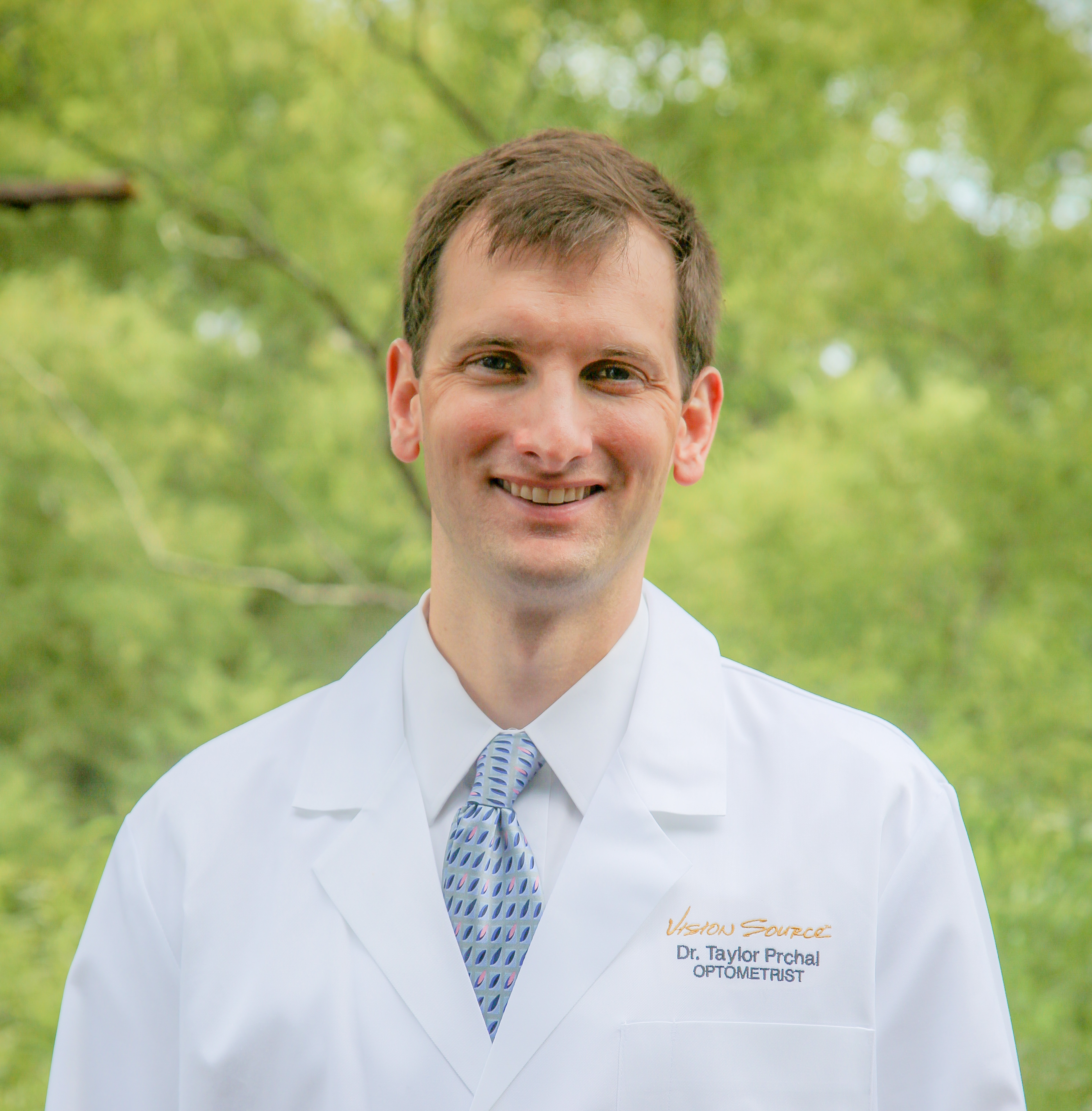 Dr. Taylor Prchal (Per-hall), an Albany native, attended high school at Deerfield-Windsor College Preparatory School. After graduation, Dr. Prchal enrolled in Virginia Polytechnic Institute and State University, where he earned a Bachelor’s of Science in Biology and spent much of his time volunteering as a Young Life leader at a local high school and worked summers as a waterfront intern at one of Young Life’s summer camps. Following in his parents footsteps, Dr. Prchal went on to graduate from the Southern College of Optometry in Memphis, Tennessee, earning his Doctorate of Optometry, the sixth in his family to do so.

While in Memphis, Dr. Prchal met his wife, Claire, a native of Spartanburg, SC, and physical therapist.  After residing in Charleston, the Prchals moved to Albany in 2012 and have since been blessed with two daughters.  When Dr. Prchal is not practicing optometry, he spends time with Claire and his little ones, is an active partner at Greenbriar Church, and enjoys cooking, cycling, and growing vegetables. Dr. Prchal is an active member of the Georgia Optometric Association and the American Optometric Association, a supporter of Flint River Habitat for Humanity, Downline Minstries, Albany Museum of Art, Young Life, The Albany Theatre and The Anchorage. 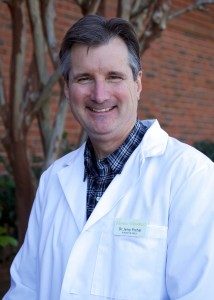 After attending the University of Nebraska, Dr. Jerry Prchal earned his Doctorate of Optometry from the Southern College of Optometry in Memphis, Tennessee, in 1979. While in Memphis, he met his future wife and fellow classmate, Dr. Sue Prchal.

In addition to caring for the vision of patients in southwest Georgia, Dr. Prchal has been a leader in the Georgia Optometric Association, serving as the State President, District President and Trustee. Dr. Prchal has served on the GOA Legislative Committee and as a representative to the Medicare and Medicaid Carrier Advisory Committee.

In 2011 Dr. Prchal was appointed by Governor Deal to the State Board of Optometry and is the current Vice President of the board.

Dr. Prchal is an avid community supporter and has also served southwest Georgia as Board President for the Flint River Habitat for Humanity for 2 terms.

Now that Dr. Prchal has stepped down from practicing, he enjoys traveling, photography,hiking, and time with his grandchildren.

Before graduating from the Southern College of Optometry in Memphis, Tennessee, Dr. Sue Taylor Prchal attended Emory at Oxford and the University of Georgia, where she earned a B.S. in microbiology. Upon returning to her hometown of Blakely, she began practicing optometry in Blakely and Donaldsonville before co-founding Albany Eye Care.

Dr. Prchal is a member of the American Optometric Association and the Georgia Optometric Association. Also a dedicated community supporter, she has served as a member of the Albany Symphony Guild and the Charity League of Albany. Since opening Albany Eye Care in 1984, Drs. Prchal have resided in Albany, where they have raised their two children Katie and Taylor. While Dr. Sue Prchal no longer examines patients, she is recognized as having cared for many members of our community and being an integral part of our practice’s foundation and growth.

You can schedule your next appointment with us online!